The Power of a Youth Movement

Gen Z has already been written down as a generation pioneering social justice movements, from the push for gun control to the global climate movement. From national organizations like Zero Hour, March for Our Lives, The Sunrise Movement, Herbicide Free Campus, United We Dream, and more, to local groups like the Indiana Youth Climate Accord, the West Lafayette Climate Strike, and Students for a New Green World at IU, not to mention the local chapters of the above national organizations, this generation has proved time and time again that we will fight for what we care about, for what matters. But the idea of the youth movement, and the tactics that make them effective, are not new. 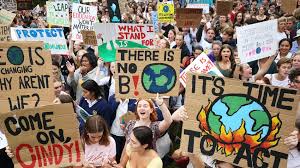 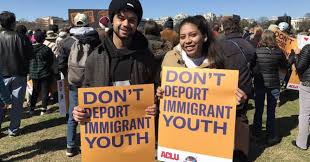 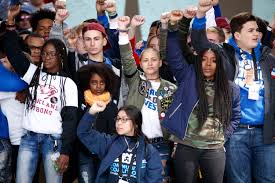 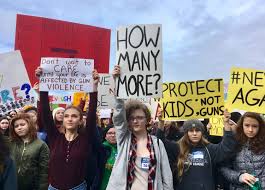 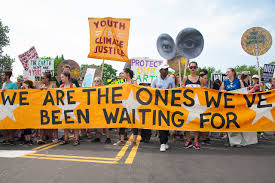 With the growth of the Civil Rights Movement and the widening scope of demonstrations, schools and universities were hotspots for protest, conversation, and confrontations. It was college students who sat at the lunch counter sit-ins and allowed themselves to be beaten and torn down to stand for equality. The Freedom Riders were majority college students, and it was children who entered desegregated schools for the first time. The Student Nonviolent Coordinating Committee (SNCC) was a student organization that embodied what late Rep. John Lewis labeled as "good trouble", nonviolent protesters who were recognized as "the nation's largest and most well-organized civil rights group." (National Geographic).

The Vietnam war saw opposition from students around the country, a movement known directly for occurring on college campuses. In opposition to the draft, thousands of students protested in the streets, arranged die-ins in their hallways, and speeches in their commons. Their actions ignited a national debate on the power of the youth voice and what sway the law held over protests. The Kent State Massacre saw the government firing on peaceful protesters, killing unarmed -and uninvolved- students, teargassing retreating protesters, and igniting outrage across the country.

A student uprising that began in Soweto, South Africa blew into a global movement to end apartheid. Public School students marched peacefully near Johannesburg in 1976 and were met with tear gas and guns from law enforcement. Images of injured and dead student-age children lit the movement into a wildfire. Students around the United States, and the world, occupied buildings, disrupted political events, and pushed for administrators at their colleges to pull out of investments with companies with ties to South Africa that equated to billions of dollars.

The youth pro-democracy movement in China were "demanding democratic reforms & economic liberalization in the face of cronyism & economic decline." in 1989 (National Geographic). Across the country, protests were held, the movement grew, and with the Tiananmen Square Massacre, it was all but destroyed when national military killed an unknown number of people, guessed to be as many as 10,000, and never fully acknowledged the event.

As a result of the Standing Rock protests, a youth organization, the International Indigenous Youth Council was formed, fighting for land and clean water rights for indigenous communities. For many of these youth, they have watched as their communities are neglected, left to clean up the messes from industry forced onto their land, without the political power to slow the projects. Today, Indigenous youth lead movements to put an end to the poverty and drug abuse rampant within their reservations, the high rates of youth suicide and the mental health crisis, and the extreme damage to their land by the actions of the United States Government, corporations, and the effects of climate change.

Created by women in their 20s, the Black Lives Matter Movement erupted with fervor after the murder of Michael Brown in Ferguson, MO, in 2013. Much of the activism associated with the BLM movement has come from student-organized protests and a social media explosion of information and support. The Black Lives Matter Youth Coalition and the Black Lives Matter at School are just two organizations fighting for equality in education and supporting the power of the youth voice. In the current climate, youth protesters are taking to the streets in place of those most at risk for Covid-19 and risk being harmed in the process.

Many of these examples have commonalities, be it how they protested, where they protested, or the effects of their actions. Many of them sang, be it hymns, spirituals, or indigenous music passed down from ancestors long ago. Many of them marched. Others arranged sit-ins. Still more used their talents- art, song, speech, communication, their interest in politics, the gift of education, inspiration, and action.

Not all of these events or movements ended in victory. Many encountered violence, some did not ever see their visions realized. But each one taught us valuable lessons on the power of the young voice, the attributes specific to each generation & cause that allowed them to make their voices heard. Many people settle as they grow up, aging out of the fervor for change that wraps itself around younger people. The want to change for the better, for your future, for a more peaceful, more just, more equitable world. For some, that power ebbs away as they age, and an acceptance for what is settles in.

For the youth of my own generation: We cannot let that happen.

Other generations have been defined by one or two core issues. We have taken on them all, and we must continue to champion them with the same fervor in 30 years as we have today. We must be just as upset about racism in schools after we graduate. We must be unrelenting in our push for environmental action, justice, and policy reform. We must force the history books to list every cause worth fighting for next to our names.

Stereotypes about our generation have labeled us as lazy kids glued to our phones. We must use our experience and knowledge with social media and marketing, with online organizing, with our ability to make any cause a global movement, to create tangible change. We have also finally been recognized. Us "kids" are being listened to. That cannot stop when we age out of being "teenage activists" or "college protesters".

So find your thing. Get involved. Stay involved. Fight for better. Make it happen.

And somewhere in the back of your head, keep a reminder from John Lewis to keep on with the "good trouble".

A Podcast Toolkit - Planning A Project In A Pandemic pt. 1

7 Tips for Activism - What I've learned from creating my own organization.